Opposed to the general decline of the apartment market, Saigon South area has a strong breakthrough,
for nearly 50% of supply and consumption in the third quarter.

According to the report of the housing market in the third quarter of DKRA Vietnam, new supply and consumption of apartments have continuously decreased over the quarters, since the fourth quarter of 2017.
If the supply and consumed apartments that based of the whole city in the fourth quarter of 2017 reached 13,738 apartments and 10,070 apartments, then in the third quarter of this year, these figures decreased by 7,152 apartments and 5,915 apartments respectively.
Against to this decline, the South area recorded a strong growth in the apartment market in the past third quarter. Specifically, this area accounts for nearly 50% of apartments on both sides of supplying and demanding, with 3,488 newly opened apartments and 2,897 successful apartments. From the previous quarter, these figures increased by 41% and 58%. The consumption rate of apartments in the region averaged 83%, up from 73% in the second quarter.
Mr. Lam Pham – Dicrector of DKRA Vietnam, he said that the South area is in the list of key markets of 2018 which thanks to the remaining land area at reasonable cost to develop various types of projects. Moreover, it owns a fairly synchronous transport infrastructure, which compared to the rest of the city.

“The world, comprehensive, is part of love, part of each other. Development is only involved and takes care of health.
The rest of you, our part is one of the delicious dishes.

The highlight is Thu Thiem 4 bridge connecting District 2 with District 7 with the length of nearly 2.2 km with a total investment capital of VND 5,254 billion;

Other key projects such as metro line 4A, metro No. 5, monorail No. 2, Nguyen Van Linh – Nguyen Huu Tho intersection, Kenh Te 2 bridge, Binh Tien bridge, Ring road in section from National Highway 1 to Nguyen Van Linh … with a total investment of about US $ 5 billion has also been planned, helping to increase the capacity of transportation from the South to the rest of the city

According to representative of Hung Loc Phat – the investor owns a land bank of 30ha in District 7, Nha Be – another advantage of the South is the location easily accessible to the city center and the Phu My Hung urban area has been distributed. development.

Projects on this side also often have good profit margins for investors. For example, 2 projects of this investor Hung Phat Silver Star, The Golden Star have high profitability of hundreds of million dong after only a few months.

“After the Nguyen Huu Tho road expansion project was completed and completed, apartments in South Saigon in general and Hung Loc Phat’s in particular will welcome more potential for price increase,” said Hung Loc Phat representative. .

This is also the reason this investor has developed a total of 5 projects of medium and high-end apartments, with a total investment of VND 7,000 billion in the South. At the end of 2017 and full of 2018, the company has completed and handed over 100% of products of 925 apartments in 2 projects namely Hung Phat Silver Star and The Golden Star.

In the first quarter of 2018, Hung Loc Phat continued to launch the Green Star Sky Garden complex and villa. The amount of apartments supplied is 903, double the previous projects. Enterprises are confident of offering a high volume of goods, going against the trend of market supply decline. After 2 launches to the market, apartments with more than 20% of registered customers belong to the foreign sector. 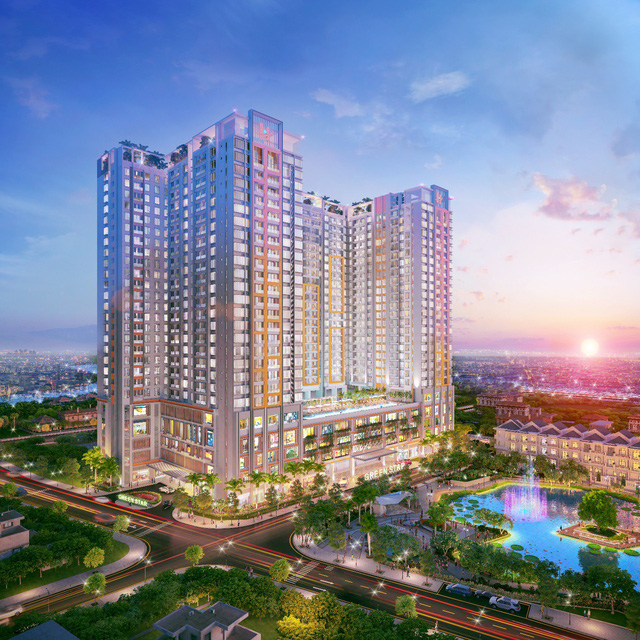 “We identified the development strategy to make a difference to impress buyers, upgrade the living experience of residents by applying modern housing models around the world to HCMC, from That increased competitiveness for products, boosting sales, “said Hung Loc Phat representative.

According to DKRA Vietnam forecasts, the supply of apartments across the city fluctuates around 8000-10,000 units in the fourth quarter of 2018.

This is the number of apartments ready to be put on the market, but the research firm representative also emphasized that the actual situation will depend much on the fluctuations of the market as well as the demand of buyers. In particular, the East and South zones will contribute a large proportion and this new supply. On the other hand, the demand of the market is expected to increase slightly in the quarter thanks to the psychology of buying houses of Vietnamese people at the end of the year.

The previous report of CBRE Vietnam also commented, when the East and the South will continue to be hot spots of the market in the last quarter of the year. In particular, the luxury segment with projects offering prices of over 7,000 USD per m2 is receiving much attention from the market. These projects, when implemented in the fourth quarter, will make the price of luxury segment increase sharply.

“With a large supply in the quarter, the number of units sold is also expected to increase sharply due to demand from both investors and buyers, foreigners and domestic customers,” CBRE reports.